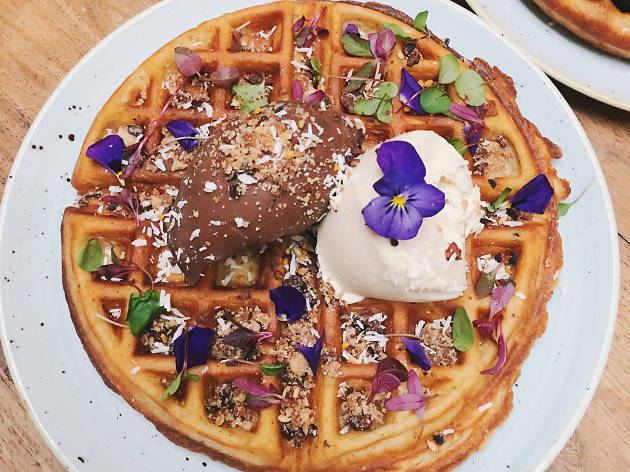 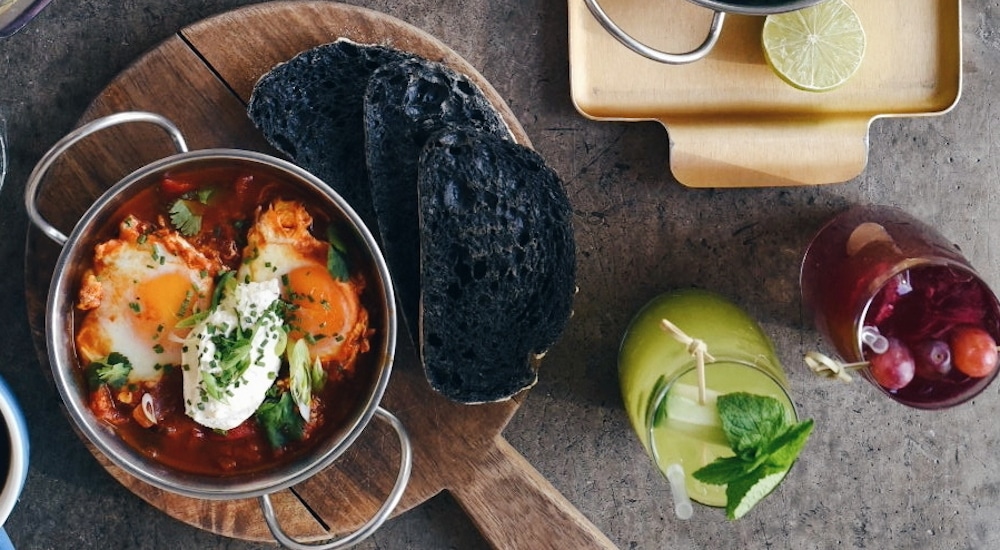 The downside? Cue no one having the time to research, and everyone spending Saturday in the local pub instead. But fear not, boozy brunch-lovers. If you're doing dry January congrats , then you can book a brunch in now to celebrate in February. See you there for a cheeky bellini or Tupac with your shot of tequila, Biggie whilst your bite into your burger bun?

The southern-inspired brunch menu is a relaxed and satisfying fare of shareable platters for starters with both meat and veggie options. Plus, the food is next-level. Think: burrata with beetroot and pomegranate, grilled duck breast, flat iron steak and mouth-watering sweet treats. This Aussie cafe proves that they know how to do brunch down-under. Good news for coffee fiends, too, as with unlimited prosecco and mimosas also comes bottomless coffee. Add poached egg, smoked salmon or Devonshire crab if you'd like it a touch grander.

Other enticing options include buckwheat pancakes served with camu powder, made from the camu berry which is said to have 60 times more vitamin C than an orange. The team behind Ella Canta clearly considered its Instagramability before launching the Mexican restaurant at the InterContinental Hyde Park hotel in late But plenty of thought has been given to the cuisine too. This is elevated, sophisticated Mexican dining. Not the quick-fix fajita-and-burrito-style dining Europeans are more familiar with.

Most brunch guests opt for the three-course menu , which includes unlimited sparkling wine or margaritas for 90 minutes. As for the booze, go for the colourful margaritas instead of the fizz. Each guest receives a sample of every flavour available grapefruit, hibiscus, lavender and pistachio and can then - if time and capacity allow - continue with their favourite. Review by John O'Ceallaigh.

Could this be the most soul-affirming brunch in London?

A soundtrack of Nineties house, gospel and UK garage fills the rooms while diners eat, dance, clap, whoop and sip on spicy Bloody Marys and Morningside Mimosas. It looks the part too, with mismatched chairs sat side by side with garishly printed booths the best seats in the house , feather displays and walls covered with art and photography from New York. Come hungry, and ready for some fun. The cornbread, with honey butter and tomato jam, is also a must Time and cost: From 11am to 5pm every Sunday; choir performances at Think Dorset crab omelette; The Reuben, made with British salt beef and smoked cheddar; spicy Boston beans, slow cooked with Cumberland sausage; and the Brooklyn sandwich: waffles with bacon, maple syrup, and vanilla ice cream.

Traditional roasts are also on offer and popular on colder days, while summer sees the Thames location really come into its own, with tables available outdoors when the weather allows. Enjoy 1.

The risotto served with confit heritage aubergine and roasted figs is particularly good — and be sure to save some space for pudding, because the brownie is heavenly. The Australian-inspired restaurant group has multiple branches across London, including a new opening in Mayfair, Ziggy Green — all with pretty interiors and beautifully-presented food.

Booze offerings stretch further than just prosecco here — you also get unlimited mimosas, coffee and smoothies. From the cold section, go for their famous banana bread sandwich, served with mascarpone and fresh berries. Hot highlights include The Bondi, a healthy version of the Full English, and their broccoli and corn fritters, served with avocado and chilli pesto. It has expanded from having just one London location to five, with their signature flower-adorned ceilings popping up in trendy areas like Balham and Clapham — with another soon to open in Wimbledon.

Get merry as you tuck into dishes like the veggie brunch: egg, halloumi, smashed avocado, shakshouka and toast, or the baked courgette and feta rosti.

Brighten up your morning with a truly winning combination: waffles and prosecco. On the sweet side of things, waffles can be topped with delightful combinations like peanut butter, grilled plantain and coconut; or chocolate with toasted quinoa ice cream and cacao crumb. For savoury, toppings include Peruvian fried chicken, and beetroot cured smoked salmon with avocado and poached egg.

Trendy restaurants come and go, but some places are timeless. Today it remains a glitzy venue, and their Q Champagne Brunch is particularly decadent. Staying true to its name, the menu features both breakfast and lunch options.

All your classic egg brunch dishes are on offer Florentine, Royale and Benedict alongside meals that definitely veer towards lunch territory — think truffle risotto, Jersey oysters, lobster Thermidor and steak. 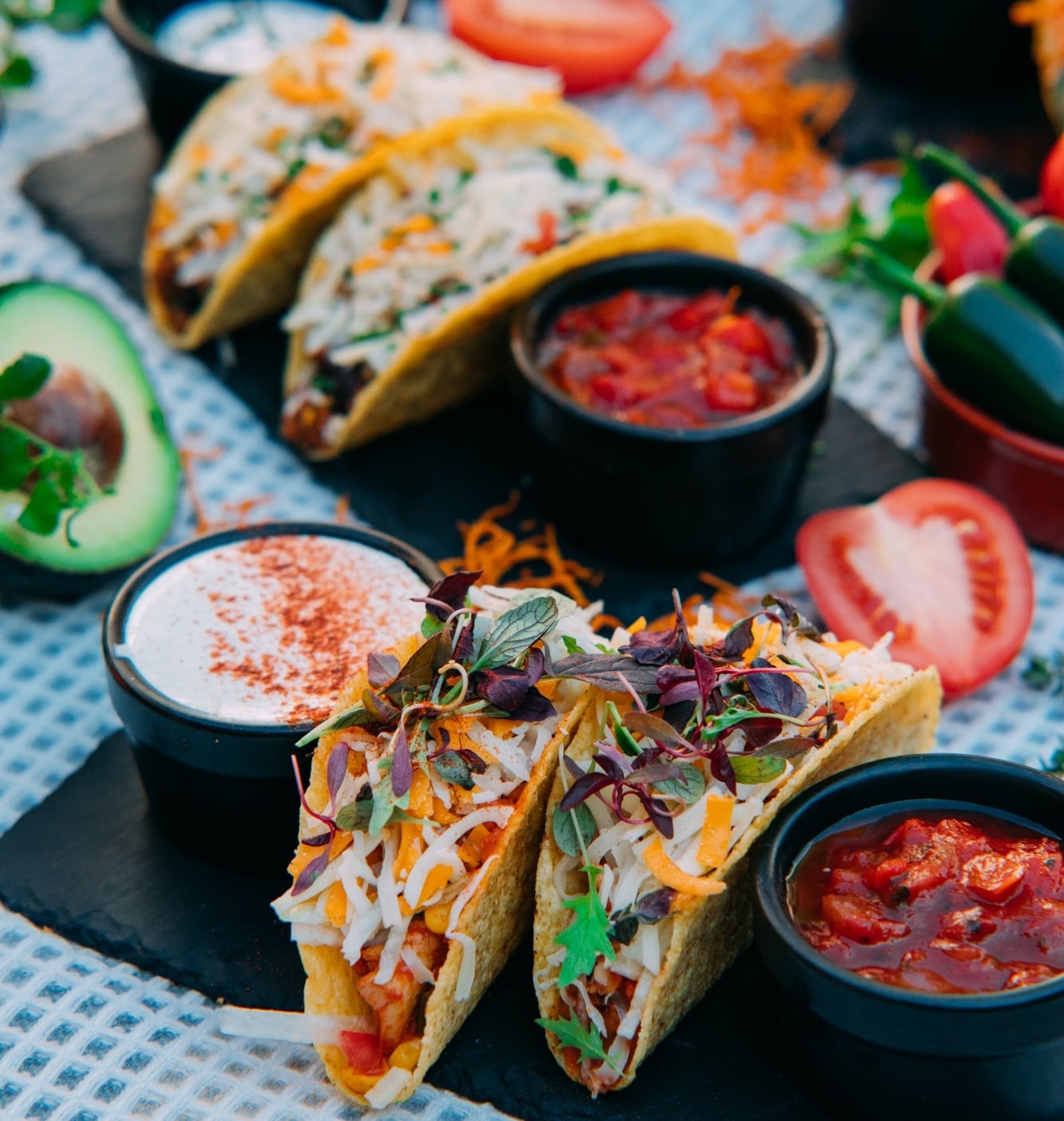 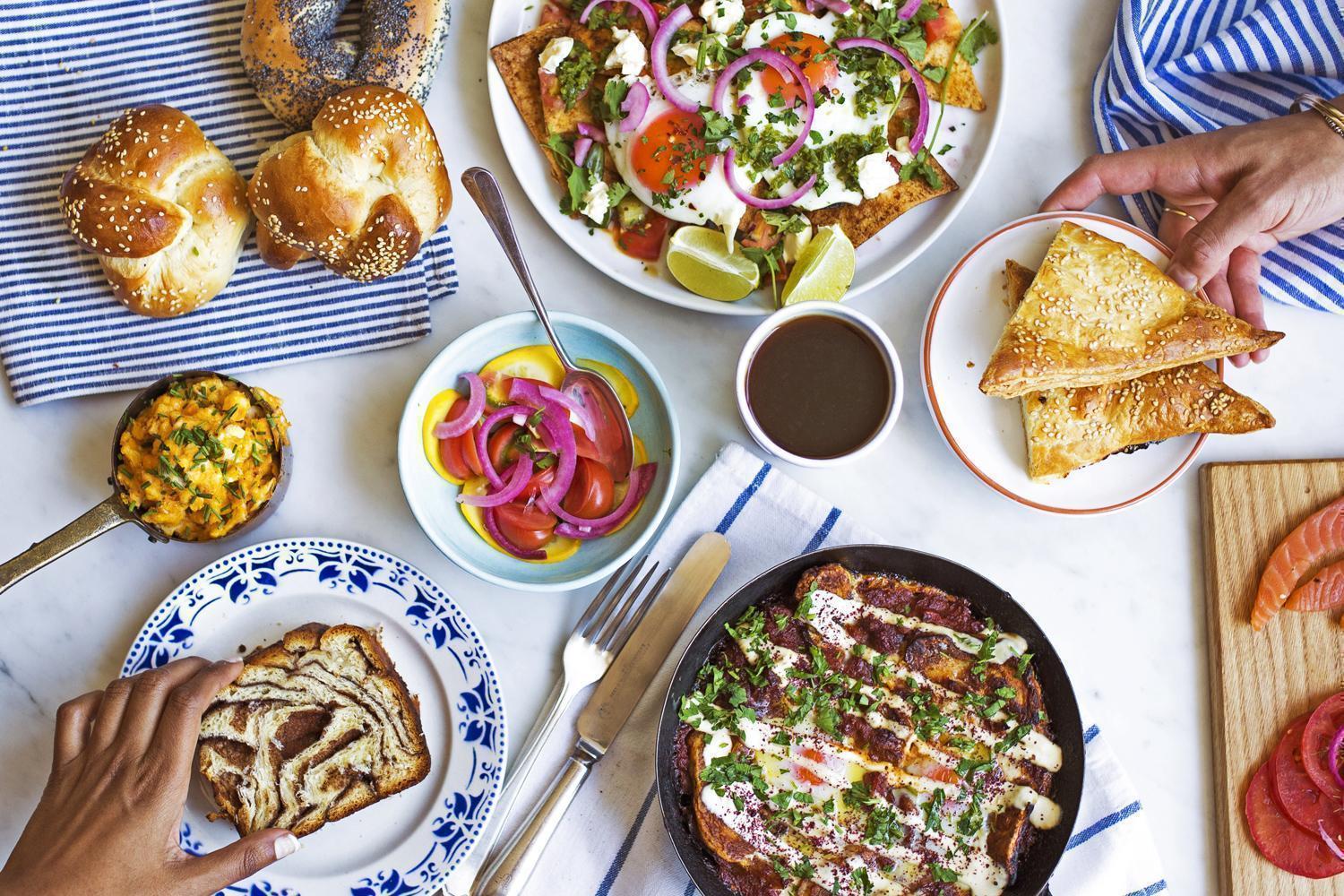 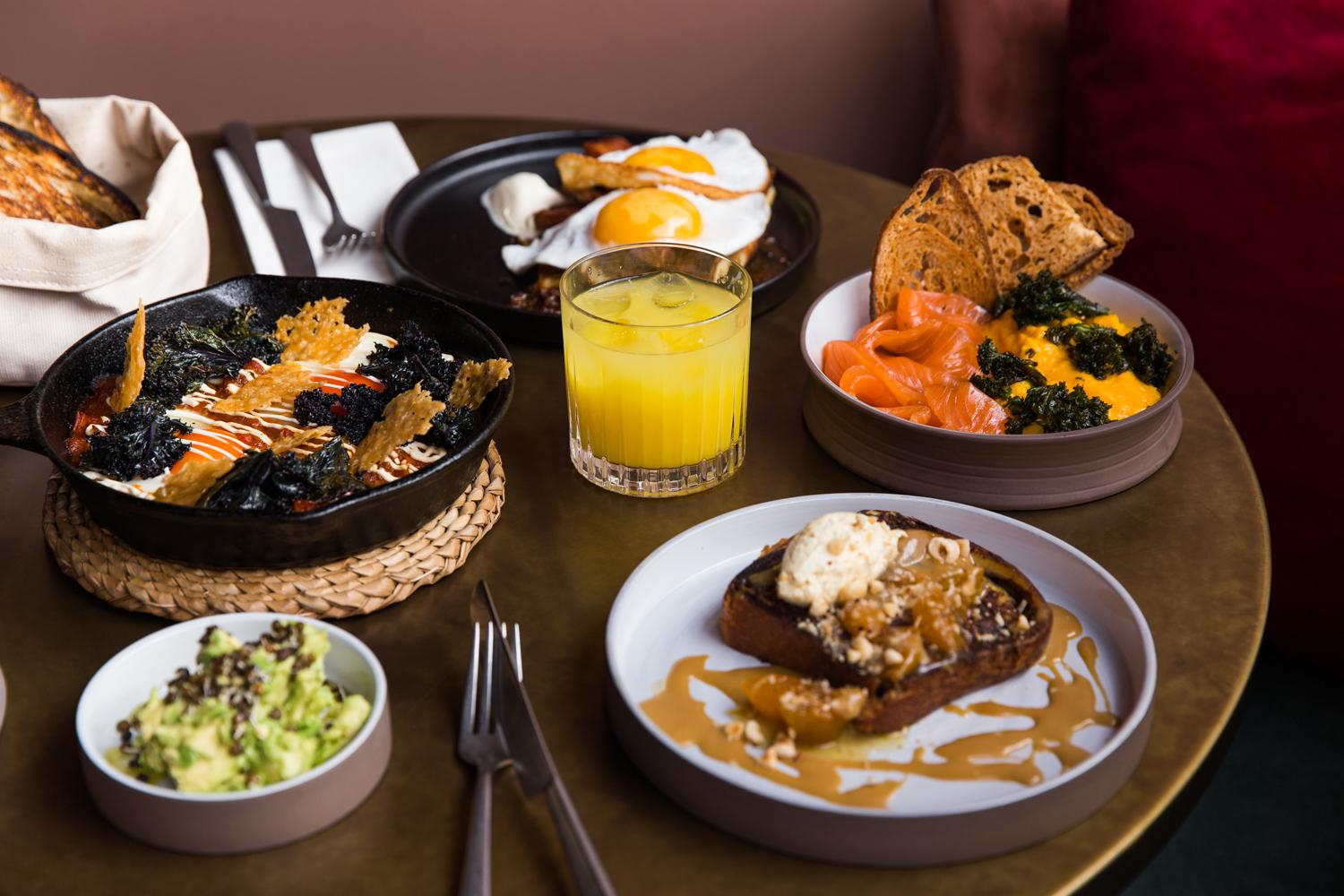 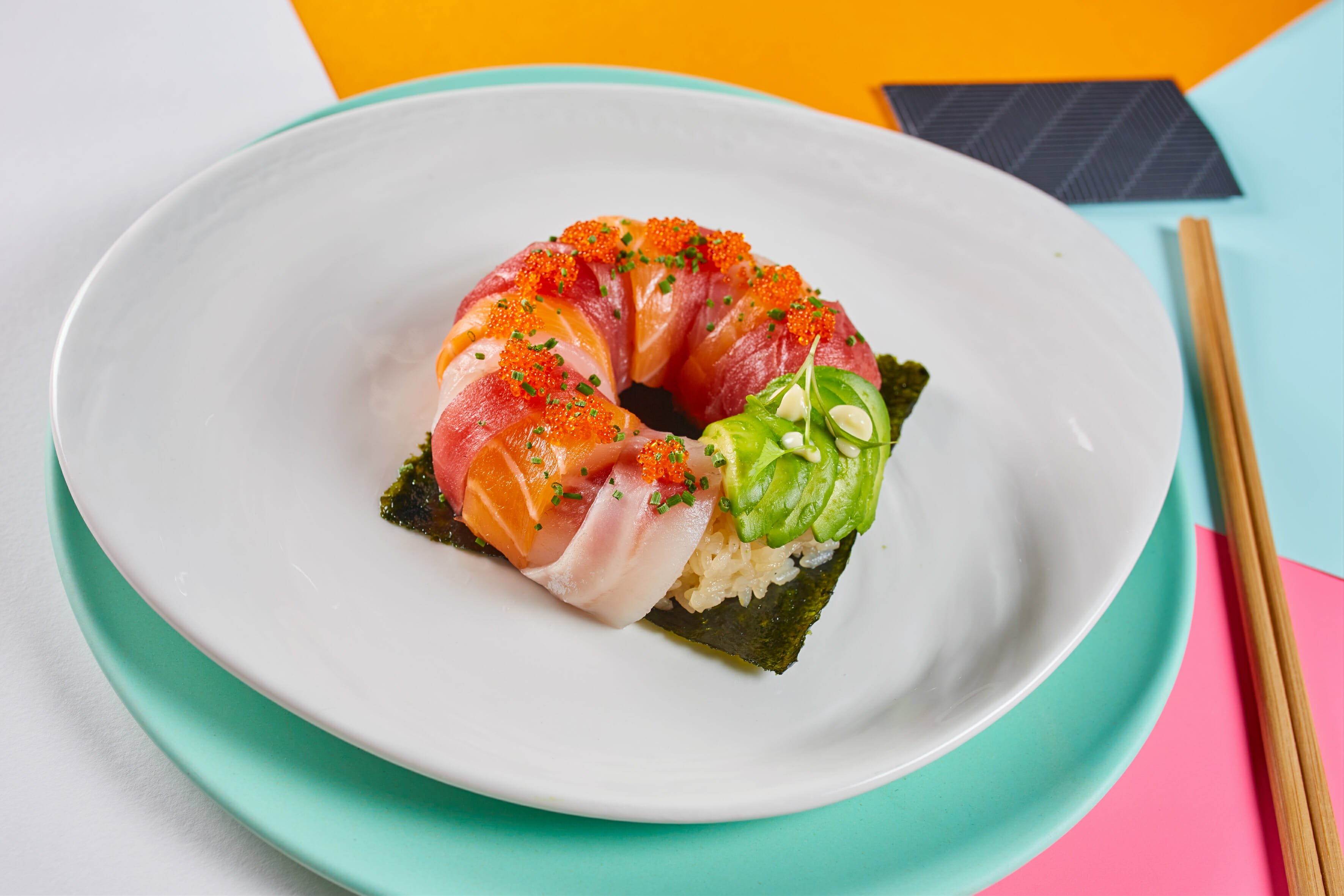 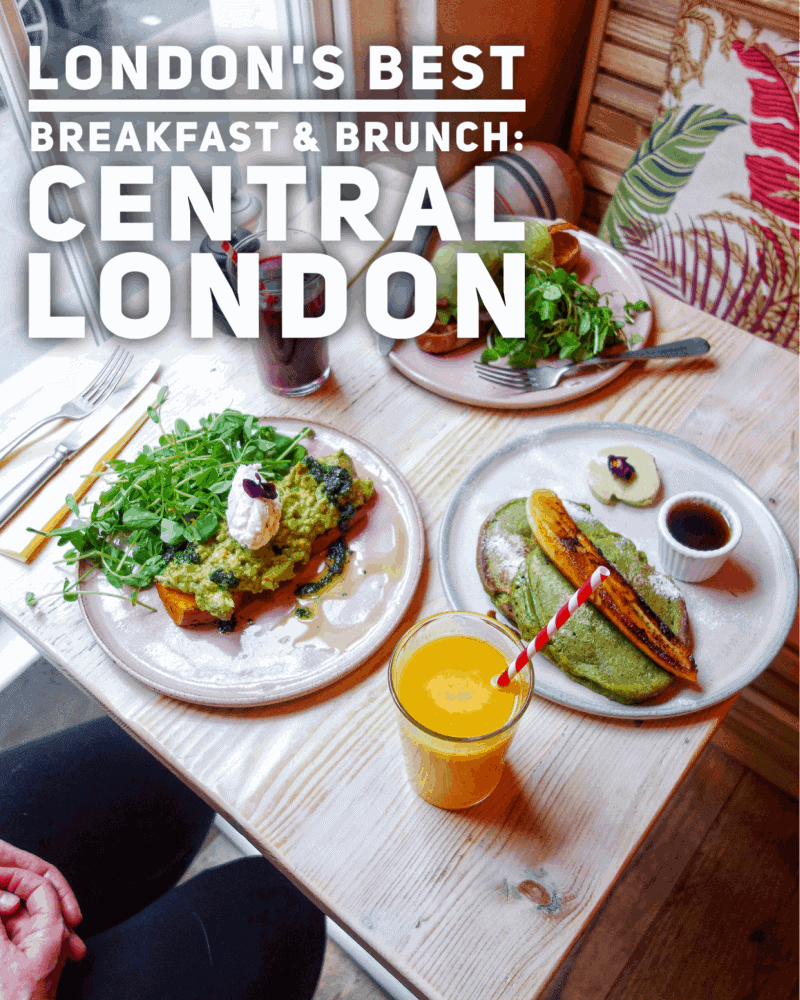